One of the most successful multinational clothing retailers in the world is the Swedish company known as H & M, Hennes & Mauritz AB (H&M), which sells closing items for women, men, children and teenagers. The operating brand’s names are H&M, Monki, COS, H&M Home, Cheap Monday, &Other Stories, and Weekday. It is considered one of the most popular and profitable retailers in the UK, and it looks like this company is not going to let any competitor to overcome it in terms of performance. Therefore, the objective of the following paper is to discuss the business performance of H&M and look into the strategies the company uses to remain successful.

The major area of its business is retailing; however, H&M engages into manufacturing, design and marketing of clothing, which also includes sportswear and underwear, as well as accessories, cosmetic products, home wear and footwear. The company operates through the branded stores, which are based in more than 40 countries of the world. It also has a special web platform that offers online sales in Sweden, Denmark, Finland, Netherlands, Austria, UK, Germany and other countries. The financial data demonstrates that H&M has been performing better year after year and the profit represented in the Illustration #1 is a proof to that. 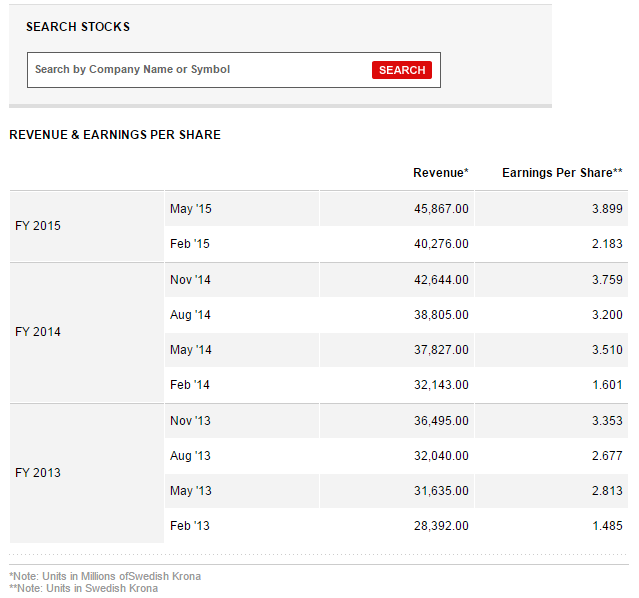 The online store has started to operate successfully within the United States since 2013 (Thomson Reuters, 2015) while its online shopping was started in 1998.Illustration #2 shows the position of H&M on the global retail marker while the company has managed to overcome all of its competitors as of 2012 (Caro, Martinez-de-Albieni, 2014). 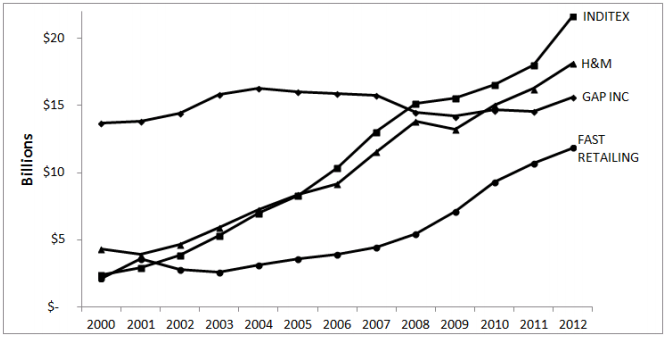 The business concepts of the company demonstrate a custom-oriented approach, which is about offering the best on every site and market. The collections are wide-ranged, and the retailer is looking to offer a customer something that has an affordable price while at the same time leaving a particular place for quality of its products. It does its best to exceed the expectations of the customer regarding this matter. The company has set an objective to ensure the best price and quality are in place, which is being achieved through the in-house design, large purchasing volumes, no mediums, purchasing the right items and products from the proven markets, well-organized logistics and cost-awareness within the whole operating units of the organization. The concept of sustainability plays a very important role within the running business models in H&M as the company relies that customer would select their items on a regular basis. Thus, considerable efforts and resources are being put to achieve the mentioned sustainability (H&M, 2015).

If to overview the business performance of the H&M company with the help of SWOT tool, it becomes clear that its sustainability report is one of its biggest strengths. Other fashion retailers should study it in order to get the best practices of how to become successful. The sustainability report of H&M, which was published in 2013, was based on the results of 2012 and has gained massive attention from the fashion industry, as back in that time the company was already the second largest apparel company in the world, which added additional curiosity regarding its operation. According to Lydia Dishman, a well-known business journalist, besides the introduction of such innovations as organic and recycled cotton varieties, the company is highly interested in transparency, which can be seen on both corporate level and the suppliers’ side (Dishman, 2013). The incident that occurred in 2010, considering some of the cotton items being made of GMO materials, has made the management of the company to make the organic cotton usage increase by 50% by 2013 and become very sustainable in that mainstream by 2020 (Dishman, 2013). In addition, according to Lucy Siegle, besides the fact that the company has turned to ‘saving the Earth techniques’, it has also looked into further expansion and has entered new markets and opened around 50 new H&M stores, which is another pillar of sustainability (Siegle, 2013). The company has attempted the expansion of its other brands and divisions, such as &Other Stories that was looking to win bids on Winter Olympics. Based on the above information, a conclusion can be made that H&M is targeting a production capacity increase, which helps to ensure the sustainable growth and continuous improvements (Siegle, 2013).

It is important to mention that H&M has made its name, and its major competitor is ZARA (Inditex group) while other fashion retailors are being outshined by them. The retailer has been working on the concept of the fast fashion and has an exemplary representation as well as a widely recognized name. The illustration below demonstrates the position of H&M in the market (see Illustration #3). 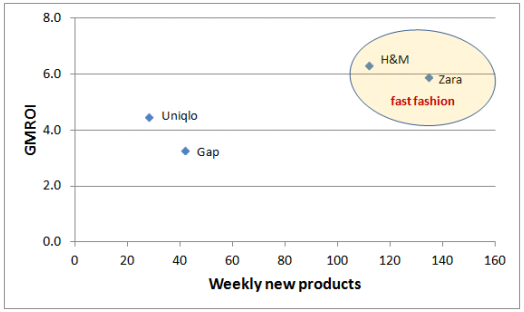 Thus, it has been known that H&M is rather secretive about its operations. However, its annual reports include a common message about high quality and affordable price. The retailer has been using a strategy that enables it to provide fashion items on demand, and the item-level approach has been used instead of collections usage. This approach is possible because the retail point of sales is being controlled by the company. They do not work through the wholesale channel that would demand the whole collection to be purchased and displayed to the customers. This technique prevents the company from batching of thousands of products in one place. In addition, it decreases the order time, as well as adds additional flexibility to post the mentioned orders within the timeframe of few weeks to six months. Such policy is beneficial for H&M as the stores know the demands of the market and send the request for teenage and kids items much in advance, while small batches are being delivered in a short notice. 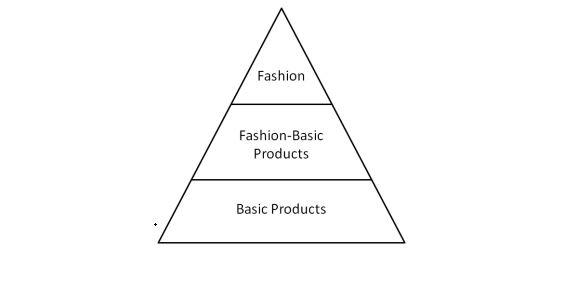 The updated classics and fashion-basics are in the center of the triangle, which are important to H&M. The fashion-basics are mainly basic things with fashion component and there is a blurry line between basic and fashion-basics. H&M has 70% of its components that are basic, which is one of the key factors of its success and generates the majority of the profit. The top of the triangle are the true fashion products that require high response time and are a true value for the customer. The other advantage of H&M is that it is has a possibility to make frequent assortment changes and entitles the company with a possibility to update its assortments on a regular basis. Thereafter, it possesses two key concepts of the successful business operations within the retail industry, which are time-based variety and operational agility (Caro, Martinez-de-Albieni, 2014).

The major drawbacks based on the company’s analysis are related to the fact that H&M does not own its factories. However, due to the fact that it has stable and long-term suppliers it has been working with for many years and whose reliability is proven, the company can ensure its suitability and deliver high-quality and best-priced items to the customers.

In conclusion, it is important to mention that H&M has proven to be successful due to ‘different type of a game’ in comparison to its competitors, as it has better capabilities in terms of dynamic assortments and getting more inventory margin, which is about quick response time. H&M has become one of the most prominent companies within the retail industry, and its success is mainly connected with the fast fashion and good product assortments that are being periodically changed. The business model that has been used by H&M has not only brought it significant profits, but has made even more successful than Zara and allowed it to be number one in the shortlist of the most popular retailers of the recent years.