Question: In research, a paradigm is a worldview that a researcher uses to perceive knowledge, beliefs and values that guide research work. Paradigms are normally developed in line with ontology, epistemology, and methodological factors (Ritchie, Lewis, Nicholls & Ormston (Eds.), 2013).

The pictorials below give an insight into the research paradigms outlined above: 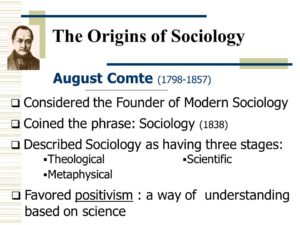 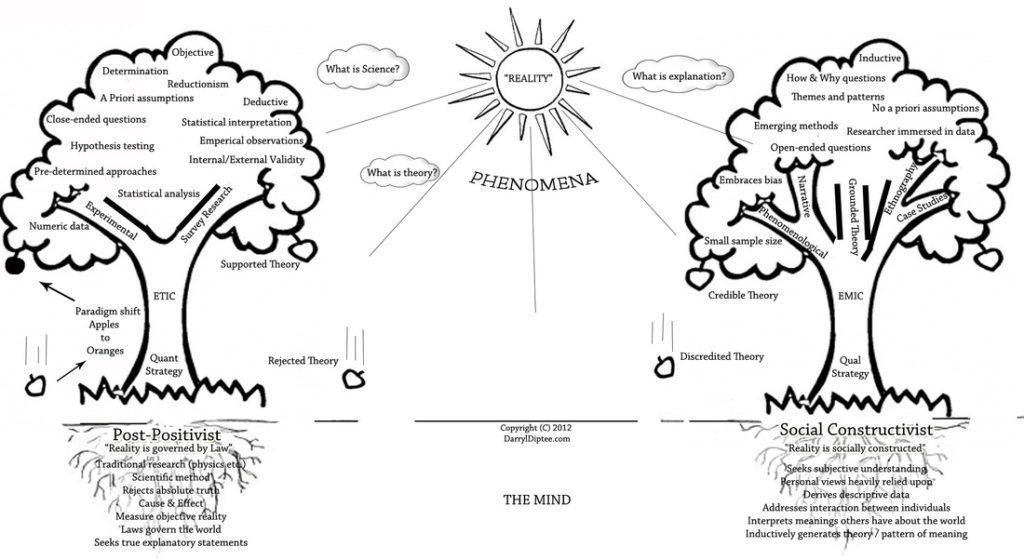 Question: What is data? How do you know? How would you convince others that your definition of “data” is correct? How do different ways of thinking influence the definition of data?

Data is a collection of statistics, facts and information that is collected from a primary source (through own initiative data collection) or secondary source (previous works by other individuals). In its basic form, data does not make sense to the bearer (Verd, 2004). As such, there is a need for appropriate data analysis so as to derive interrelationships between the pieces of data and in that way providing a good platform to make conclusions. Data can be regarded to be qualitative or quantitative. Qualitative data refers to data that describes a phenomenon. This data is descriptive in nature and makes use of language expressions. It is mainly used in social sciences and people related/ human behavior research studies. This is because of the fact that a descriptive approach is best suited to describe interrelationships and other variables under study. Qualitative data is harder to analyze as compared to quantitative data since it is subject to bias since there is no standardized qualitative data analysis tool. Thematic analysis is used to analyze qualitative data by singling out interrelationships that describe the phenomenon under study. On the other hand, quantitative data quantifies a phenomenon. It is represented numerically or through binary options such as computer generated data. It is easier to analyze as compared to qualitative data due to the existence of standardized data analysis tools.

I know that data is a collection of statistics, facts and information since I have been actively involved in a research process where I was involved in data collection. Data is a representations of the as is observation thus making it a fact. For research purposes, data is collected over a period of time and at different settings so as to be able to make comparisons between the variables under consideration. I would convince others that my definition of data is correct by subjecting them to a small exercise where they are to identify the number of cars passing a certain point in a given duration of time. The numbers are raw data; that are true facts of the as is situation of the cars that passed a specific point in that period. On the other hand, description in social sciences studies such as relationships between parents and children is qualitative in nature and gives an insight into the state of interrelationship between the two parties.

Different ways of thinking influence the definition of data dependent on the worldviews held by different people. Additionally, different perspectives alter the way people perceive data and its importance. For instance qualitative oriented researchers may have varying perceptions with quantitative oriented researchers. For this reason, it is always important to outline the assumption and preferred research methodology used in a research study,