Blog Will GMO Save the World from Hunger?

Will GMO Save the World from Hunger? 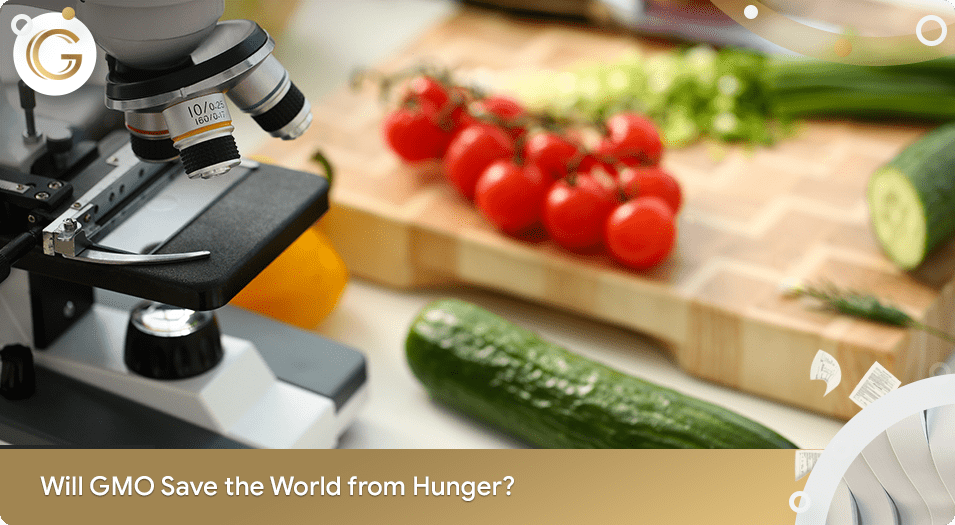 GMO or genetically modified organisms can be called a breakthrough in science. They are said to be the future of food production that will make it available for the whole world and, as a result, to fight world hunger.

How close to reality is that?

Just like any other scientific achievement, GMO has its pros and cons. Take, for instance, the so-called “golden rice” with beta-carotene. In theory, it was supposed to feed the starving while also being resistant to diseases and not getting spoiled for long periods. This would work in practice if not the fact that “golden rice” simply can’t be produced where it’s needed. The third-world farmers can hardly afford simple fertilizers, while for growing the GMO rice, they would need extremely expensive ones. It also requires a lot of water and special soil, both not available in abundance in the developing countries.

This is the bottom of the problem. There is a misconception that 795 million people suffer from hunger because there is not enough food in the world. In reality, almost one third of all produced food gets wasted! That alone would be enough to feed the whole continent of Africa. So, the food distribution is considered to be the core of the following problem.
Every day thousands of tons of food are shipped to the first-world countries from those where people suffer from hunger. Instead of focusing on local distribution, almost all food goes to rich countries where it eventually gets thrown away when not used in time. This does not concern exotic food, but you could be surprised how big the percentage of food that can be grown locally is, instead of being shipped from the other side of the world.

As far as GMO is concerned, Monsanto, an American agrochemical corporation, is a vivid example of how the production of genetically modified food is simply someone’s business. Just to promote its campaign of “Fighting World Hunger,” the company spent $50 million. This money would be a much better use in the form of support for local farmers in the developing countries. Not only are they not interested in small farmers being successful and feeding local population, but they also prevent them from developing by suing them and poaching their lands.
Despite the noble idea behind producing genetically modified food, it is above all a business. So, in theory, it could work, but as everything today, it boils down to money.