Top Global Sports for the Summer 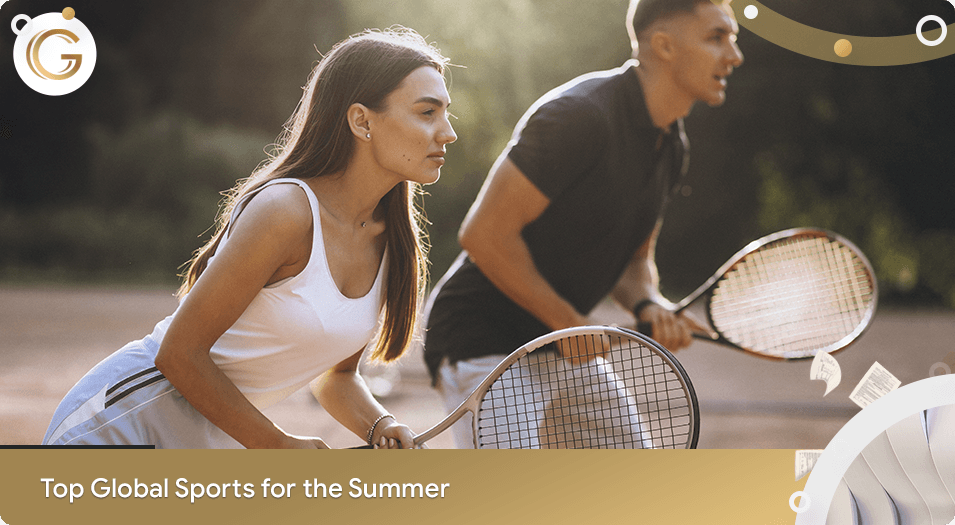 Everyone is waiting for the summer, since it is always the most eventful and lively time of the year. We all want to go out, enjoy sunny days, meet with family and friends, etc. There is always a unifying event that makes us gather together. It could be a political rally, a marathon, or a concert. However, the most unifying event is a sporting event that brings together thousands of people.
Here is a list of summer global sports that are definitely worth your attention regardless of whether you are in town, bound to stay at home, or looking for travel.

Football, which is also called soccer in the US, is known as one of the most famous sports that is played by more than 250 million football players in 200 countries around the globe. The FIFA World Cup is the biggest event that draws attention of millions of spectators. The championship takes place every four years and features both male and female leagues. Despite the fact that the FIFA World Cup tournament takes place only once in four years in July, soccer remains the most watched sport, since it is typically played throughout the year.

Even though tennis has its origins in England, it has already become one of the most engaging sports considering its popularity. The majority of competitions take place during the summertime. Some of the most famous ones include the US Open, Wimbledon and the French Open. However, there are some winter championships as well, such as the Australian Open.
Tennis is the second most popular global sport that can boast of its biggest event, Wimbledon. Believe it or not, Wimbledon is one of the most watched sports that provides an opportunity to watch the players representing over 40 countries.

Who can imagine summer without swimming? Thus, swimming is in the list of the most popular summer sports, especially considering the interest for swimming in the Summer Olympics. The competitive season is not limited by summer, since it starts in April and finishes in September. The US, Europe and Asia are the countries where swimming is most commonly known.

Golf is a sport that is rising in fame not only in the US and Europe, but also in the UK, Australia, Japan and South Korea. Its most watched tournaments take place from April to August. The Fedex Cup is the most popular one, since its winners are competing for a $10 million prize.

Even though horse racing is considered to be a gambling sport, it is undoubtedly an entertaining summer sport. It has already gained its popularity in the UK, the US, Australia, and Japan. Three biggest horse racing events (the Melbourne Cup, the Kentucky Derby and the Grand National) take place annually and attract attention of numerous spectators.
I hope this list of sporting events will spice up your summer ideas this year.

Strategies to Become Happy and Motivated
Retirement Planning: How To Start Saving For A Pension
DISCOUNT
5%