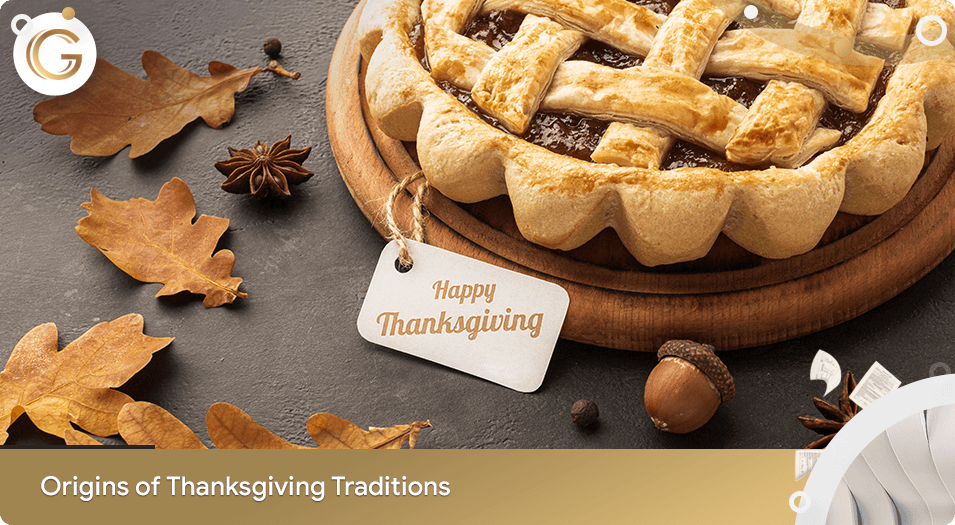 Many families have their own rituals of Thanksgiving, but there are traditions that all Americans stick to. What are the roots of these traditions? Certainly, most of us know the stories of the feast. The first one says that in 1621, pilgrims came to Plymouth Rock, virtually starving. The locals taught them to farm and, after their first harvest, they all had a meal filled with gratitude to celebrate their achievement. Another story about this feast says that Americans had their first Thanksgiving in 1598. A Spanish explorer and his 500 fellow travelers risked their lives deciding to cross the desert in Mexico. When they reached water, they had a large Thanksgiving feast. One more version makes Thanksgiving an even older feast. It says that in 1565 a Spanish admiral had this celebration with 500 soldiers and hundreds of Indians. Now, what about the history of traditions? Let’s see!

Facts about traditions on Thanksgiving

Now you know the origins of some Thanksgiving traditions. Share them with your family and friends while celebrating this holiday!

The Value of Friendship
Best Study Tips: Getting into Mood
DISCOUNT
5%