Blog 5 Kinds of Food that Can Kill You

5 Kinds of Food that Can Kill You 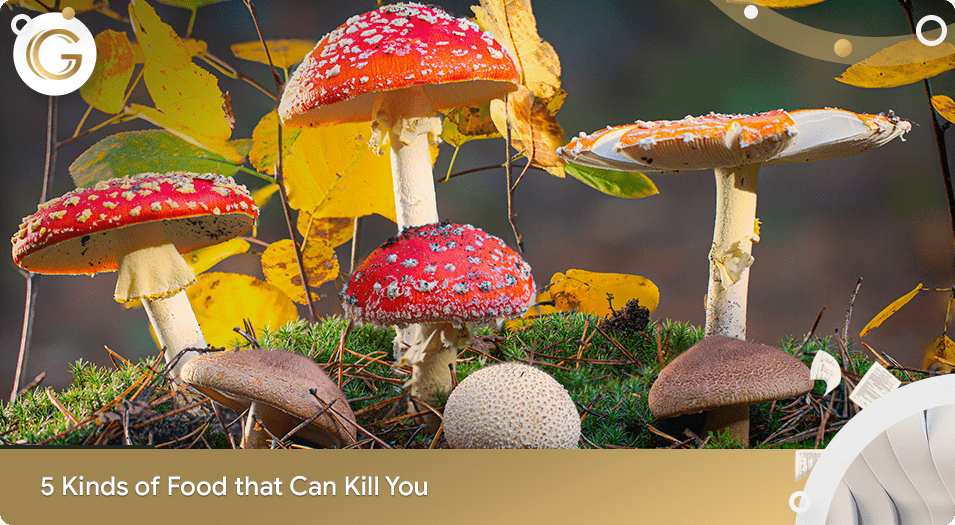 In some cases, the things you consume can be deadly. And we don’t even mean the traditional nutritionist’s nightmares like cholesterol or fats – some foods have immediate deadly effects when prepared incorrectly. The chances that you eat these foods on a daily basis are slim, but it doesn’t mean you shouldn’t look out for them anyway. Forewarned is forearmed.

Just a wrong cut in this exotic fish can cost you dear. It contains strong poison that paralyzes your muscles and prevents you from breathing. When cut in the right way, this Japanese delicacy is safe, but in the worst-case scenario, it will kill you because there is no antidote.

Some dangerous foods can kill you before you even swallow it. Sannakji octopuses are usually served still alive, so you should be extra careful with their tentacles. There were cases when this Korean seafood literally chocked people who tried to eat it. That’s probably a lesson for anyone who’s cooking animals alive.

If you want to connect with nature, pick some mushrooms in the forest and cook them, make sure you get familiar with types of this food beforehand. Some mushrooms are not simply unsuitable for cooking but also deadly. If you’re not on a first-name basis with wild mushrooms, better go to the store and save yourself from the possible tragic consequences.

This cheese is now illegal to produce, but some people continue consuming it despite this product being extremely dangerous. The thing is that casu marzu is supposed to stay outside for a while to get its specific flavor. Meanwhile, flies leave their eggs in it, which later turn into maggots that go straight into someone’s stomach.

Not all foods on this list are exotic, some are pretty common and beloved by many. The nutritious value of hot dogs is obviously not high, but you won’t say they are deadly, right? Wrong! When eaten in a hurry, hot dogs can lead to asphyxiation. The danger is very high for children, so it’s always a good idea to cut the food before giving it to your child.

Most deadly foods are harmless when prepared and consumed in the right way, but there is still a chance of something going wrong. We’d advise you to avoid these kinds of products for the sake of your own life.